Arbejdsglaede is a Danish word that roughly translates to “work joy” — and a cultural commitment to workplace happiness! (Photo via Sara Ashley, Flickr)

In Denmark and other Nordic countries, workplace happiness is so common there’s a word for it.
Arbejdsglæde.
What is arbejdsglæde, and how can we create an American counterpart?
Alexander Kjerulf, a Danish author and employee engagement expert, brought the concept of arbejdsglæde to an international audience with his book, “Happy Hour is 9 to 5,” and popular blog, The Chief Happiness Officer.
He’s even created a website — What the Heck is Arbejdsglæde!? — dedicated to teaching the world about this “weird Scandinavian word” that is “totally not a throat disease.”
Arbejde means work and glæde means happiness, so arbejdsglæde translates roughly to “work glad” or “work joy.”
The only equivalent phrase in English would be “job satisfaction,” or “workplace happiness.” Neither seems to fully embrace the spirit of the arbejdsglæde.
According to Kjerulf, variations on the word exist in Nordic languages but in no other languages on the planet. Why? Let’s dig into the reality and cultural meaning behind arbejdsglæde — and why your company’s workplace happiness depends on it!

The Cultural Phenomenon of Arbejdsglæde

Arbejdsglæde isn’t simply a word. It’s a reflection of Danish attitudes to work, according to a Fast Company article by Kjerulf.
“There is a word for it in Danish because Danish workplaces have a longstanding tradition of wanting to make their employees happy. To most Danes, a job isn’t just a way to get paid; we fully expect to enjoy ourselves at work,” he writes.
Kjerulf encounters a different attitude in the U.S. — an attitude that would explain our insufficient language to describe workplace happiness.
“Many Americans hate their jobs and consider this to be perfectly normal,” he writes. At the same time, “many U.S. workplaces do little or nothing to create happiness among employees, sticking to the philosophy that ‘If you’re enjoying yourself, you’re not working hard enough.’”
Kjerulf believes five Scandinavian work traditions contribute to arbejdsglæde:

Arbejdsglæde For the Rest of Us

At home, British journalist Helen Russell dutifully put in 50-hour workweeks. So when she moved to Denmark with her husband in 2013, she was shocked by the 37-hour (or shorter!) workweek. She writes about her experience in a humorous Telegraph essay, “How to have a life and get on in life, Danish-style”:

“Working from home as a freelance journalist, I’d just about had time to answer a few emails, sample some Danish pastries (in the name of ‘cultural integration’) and brush the crumbs off my jumper when my other half came crashing through the door. I took this to be a first-day exception, easing the new boy in gently. But then the same thing happened the next day. And the one after that. And when Friday rolled around, he was back at 2:30 p.m.”

Are all employees in Denmark “massive slackers,” she wondered?
“But then I discovered that workers are 12 percent more productive when they’re in a positive state of mind, making Denmark the second most productive country in the EU,” she writes. Denmark also rates at the top for worker motivation and workplace happiness.
Danes don’t engage in presenteeism, she learned. Instead, they “expect arbejdsglæde: if they’re unhappy, they do something about it. There isn’t the same culture of ‘soldiering on’ for fear that being honest might impact negatively on your career.”
Russell’s experience in Denmark led her to rethink her work hours and, eventually, to write a book: “The Year of Living Danishly: My Twelve Months Unearthing the Secrets of the World’s Happiest Country.”

So How Can You Create Arbejdsglæde in Your Workplace?

Kjerulf explains in a Finance essay that the formula for workplace happiness comes down to two essential ingredients: results and relationships.
Results mean that employees know they’re making a difference at work, know their job is important, are proud of their work and are getting appreciation for it.
Relationships mean liking the people you work with, having a good manager and feeling like you belong.
“In short, we are happy at work when we do great work together with great people,” Kjerulf writes.
It also matters how we talk about and describe workplace happiness.
Arbejdsglæde “seems to be a brilliant example of how language is directly shaped by culture,” Maptia co-founder Jonny Miller writes for GOOD magazine. “What if the reverse was also true and our culture could be influenced by the language we use?”
Maptia crowdsourced words about workplace happiness from around the world to turn into a “Translating Arbejdsglaede” typography poster; more than 200 people contributed.
One person wrote that arbejdsglæde “reminds me of the French term joie de vivre (cheerful enjoyment of life, exultation of spirit)”:

“No direct English translation, but the words themselves evoke a tangible warmth that assure you of their meaning. … It is important to recognize the value in learning from not-so-distant-anymore cultures in order to enrich the way we live. This open-mindedness, I think, will allow us to taste experiences for which we have no words.”

Want practical tips on how to build arbejdsglæde in your workplace?

Download gThankYou’s FREE Day-to-Day Celebration Calendar for expert tips on how to engage, recognize and build a joyful workplace. This one-of-a-kind eBook will help you to build an everyday culture of appreciation with month-by-month guides, case studies, research highlights, how-to recognition advice and celebration ideas for specific holidays and anytime.

Download Your Free How-To Guide to Building a Culture of Appreciation Now! 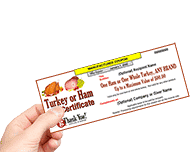